DB Rail Academy also has apprentices in the desert 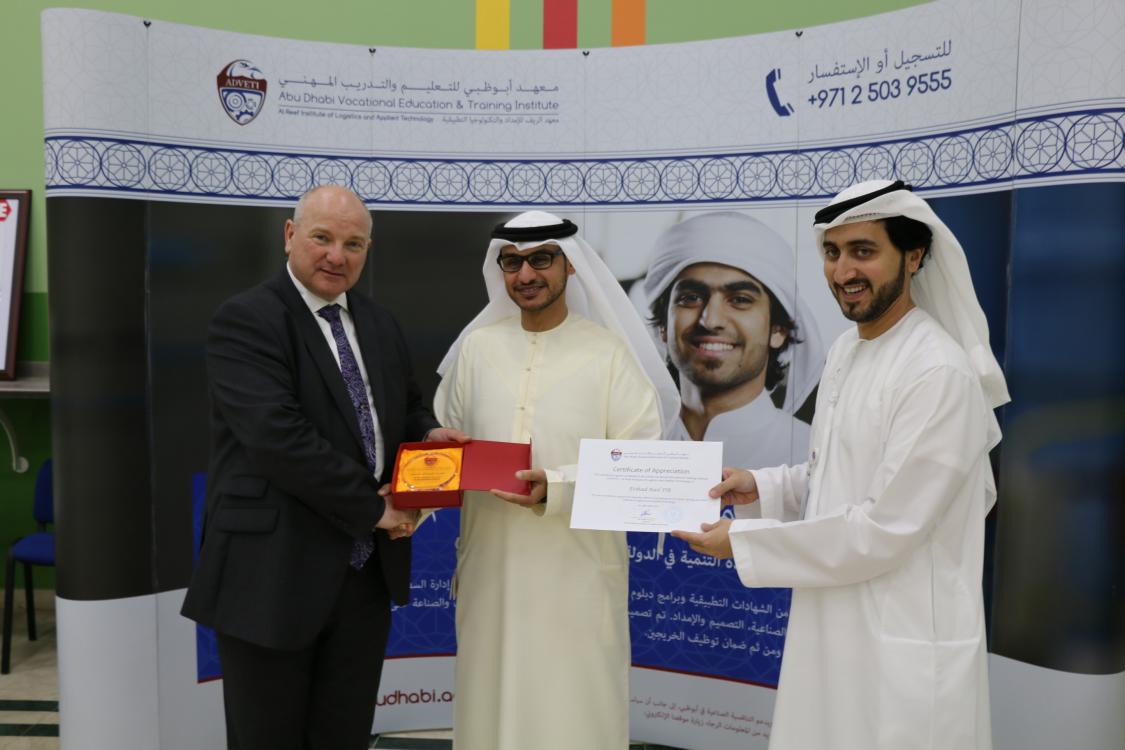 In the United Arab Emirates (UAE), a new rail transport company has been established between Etihad Rail and DB Cargo: "Etihad Rail DB Operations" (ERDB). By 2022, 1,200 kilometres of rail are to be built in the UAE for freight traffic in three different expansion phases. The ERDB is not only responsible for the construction, but also for the operation and maintenance of the UAE's national rail network. The final step will connect the economic centers and ports of all seven Emirates across borders. This will connect the main trading and industrial centers and the population. In January 2016, the ERDB started regular freight traffic operations in the first phase of expansion. Specifically, this involves the transport of sulphur granulate, which is extracted as a by-product of natural gas production in the Shah fields and then transported to the port in Ruwais.

The special feature is that there was no railway before and this leads to the challenge of securing the know-how of DB experts in the UAE in the long term. The solution: International training according to German standards in the United Arab Emirates. This ensures not only the transfer of knowledge between Emiratis and international experts, but also the future need for experts. In cooperation with important partners, theoretical and practical training components are ensured. The theoretical training is carried out in cooperation with the Abu Dhabi Vocational Education & Training Institute (ADVETI). In the desert town of Mirfa, ERDB's depot location, the practical teaching and learning contents are taught. The international training lasts two years and is awarded at the end with the state-approved "Rail Diploma". At the same time, the trainees have the opportunity to further specialize as train drivers, dispatchers and maintenance personnel.

A particular challenge was the recruitment of trainees for the first year of apprenticeship. Potential trainees are very rare in the structurally weak and sparsely populated desert region. A further obstacle were the large state-owned gas and oil companies, which are also constantly on the lookout for good employees. To keep up with the competition, schools, tribal meetings of families and training fairs were attended in the region. The aim was to make young people and their families aware of the attractiveness of training opportunities in the railway sector. With success! To date, eleven trainees have signed their training contracts with ERDB.

The event started in August 2017 with an opening week in Munich, during which the new trainees were given an insight into the complexity of the railway system. Large railway stations, high-speed trains and combined transport are not an everyday occurrence for Emiratis. And the trainees were certainly also able to get to know the railway, its values and culture as well as its employees.

But it is not only a visit to Germany that is part of the vocational training; additional training content is also provided in Great Britain. With a view to the goals of VAE Vision 2021 and Abu Dhabi's Vision 2030, we can reveal that Emiratis' training and further education will continue to play a decisive role in the future. Career opportunities in the railway sector are thus moving into the focus of the United Arab Emirates and the Gulf region.